Only a few signs of sleep are visible to the eye. The most prominent is muscle atonia. That is, during normal sleep the non-respiratory skeletal muscles relax, including the eyelids.

The photograph below 1 has been annotated with this in mind. It demonstrates that every visible muscle group is relaxed. If the Vice President were merely caught in the middle of a blink, then his other muscles would still have some tone.

It was claimed that Mr. Cheney was reviewing his notes when this photograph was taken. Additional annotations address this untenable belief. 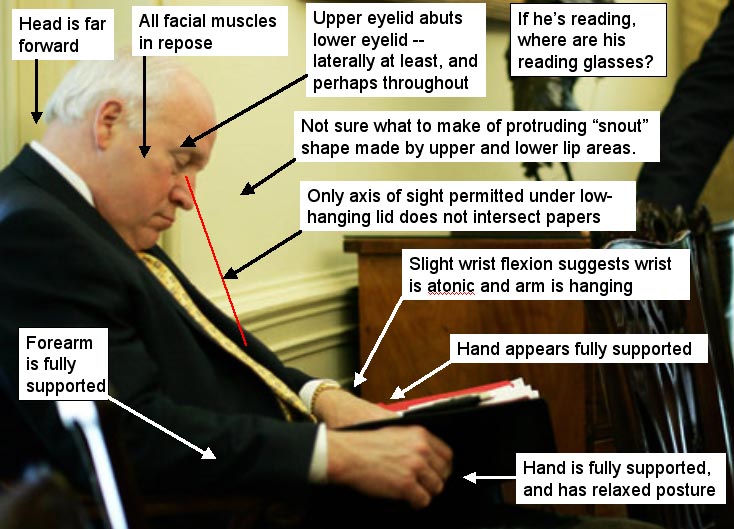